Rupert in the Express February 2018 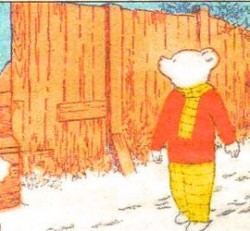 Rupert and the Snow Machine started on Sunday 11th February 2018 with a heavy fall of snow promising a seasonal adventure.

This is an early Bestall adventure, first appearing in the Daily Express in 1937 and later in the 1937 Rupert Annual, but first appeared partly in colour when reprinted in the daily paper in 2012. 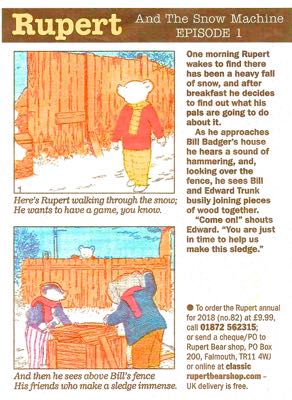 Rupert´s Winter Journey ended successfully after 28 episodes with Rupert´s safe return home.Â  Rupert and Bill had been swept off to sunnier climes by Sailor Sam, so they enjoyed better weather than if they had remained in Nutwood.