Rupert in the Express January 2017 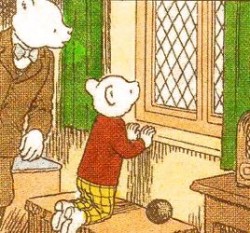 Rupert and the Igloo, a story by Alfred Bestall started on Sunday 8th January 2017 and originally appeared in black and white in the Express in the spring of 1962.

It was later reprinted in colour in the 1984 Rupert Annual and more recently in the daily paper in 2008. 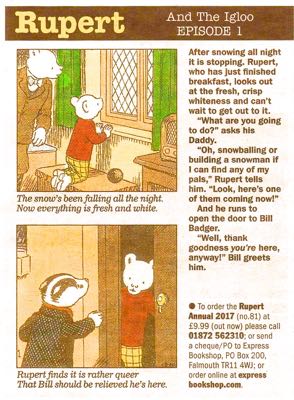 Overnight snow promises a seasonal adventure with Rupert planning to build a snowman when Bill calls for him.

Rupert and the Toy Scout concluded after 42 episodes on Saturday 7th January. In the story the Nutwood chums help Father Christmas to ease his busy present delivery schedule to Nutwood.